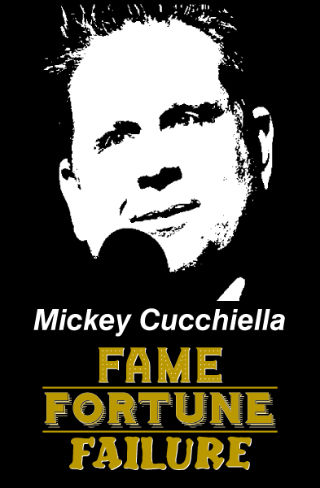 Mickey Cucchiella’s new One-Man-Show Directed by Rain Pryor, (daughter of famed comedian Richard Pryor) FAME FORTUNE FAILURE is the Semi-Autobiographical story of his life. From being the class clown to the #1 Morning show host on radio, Mickey’s story is filled with success, local fame, and inevitable failure.

Mickey tells it as only he can tell it, taking full accountability for his mistakes & being honest about losing it all, this story goes from hilarious one minute to raw tears the next. From his first time doing comedy at 17 to telling doctors to let his mother go peacefully, this true story is the story of everyone.

Maybe we all haven’t stood onstage in front of thousands or were the voice of an American town’s drive to work, but we all have hit the lows that life can bring, no matter how high you are riding at the time. This is not an apology, there is no filter on this show, this is Mickey’s story as only he can tell it. FAME FORTUNE FAILURE is for everyone who’s ever fallen & then attempted to stand back up.